I have never been one to make New Year resolutions. Oh may be I have, in the past. But I think I have realized I am only so good at keeping them. So now I don’t even think abut setting one or more. What’s the point, really? And so, today, I wanted to do this post that I had promised to write last year. So let’s get the pending thing out of the way and then move on to the new year 🙂

This post is about all the (mis)adventures that happened with me when I was trying to plan my travel to Germany. And would you believe it, this post got delayed so much because when I wrote it the first time around, it accidentally got deleted without a backup! Talk about the (mis)adventure continuing!

When the husband was in Germany last year, the responsibility of getting the little one’s passport made fall on me. Till this point, H and I, the so-responsible people that we were, hadn’t registered out marriage yet. Neither had we got the spouse name added in either of our passports. To get a minor’s passport done, one of the parents must have the spouse name included. So this meant, I had to get my passport reissued first with the husband’s name and only then could I apply for little S’s passport. So I applied for passport re-issue under Tatkal scheme to get it done fast.Only to be sent away from the Passport Seva Kendra. Not once, but twice over. Since my passport was made when I was unmarried, it had my parents’ house address. They wanted me to update the address to the address my husband’s passport had. Which again was his parents’, and not of the actual place where we live. Since he was not even in India, he couldn’t do anything about it. And so I went to the bank and got a joint bank account (without him being in India, all thanks to jugaad) and that served as an address proof for my new passport. Phew! Also, when he was in India for a short while between trips, we decided to get our Marriage Certificate made. The agent got wind of the urgency under which this was being done. Husband travelling, wife alone with infant. He charged an exorbitant 11K for the damn paper!

Anyway, so on my third trip to the Passport Seva Kendra, they finally accepted my papers. It took exactly 3 days for my passport to arrive. Now I had to apply for little S’s passport. The passport website said that for a minor’s passport, they needed the minor’s birth certificate. Unlike our Marriage certificate, we had made S’s birth certificate earlier. But due to some discrepancy, H got his full name written on her birth certificate while his passport had only his first and middle name. Again, the passport guys wouldn’t take that as a proof. I went to the MCD office to get it corrected. As is the case with Indian government offices, they asked me to leave my application and certificate and come back after 15 days. No amount of pleading (tatkal passport booking, husband not in India blah blah) worked. Finally, one of the guys came forward to help. He said the guy needed bribe. Of course you can judge me because pay the bribe I did. I did not have 15 days for a minor name change even as I had all the documents. I paid a 1000 Rs. and within the next half an hour, I got 6 brand new original birth certificates of S 🙂 Proudly I went home thinking our troubles were over.

The Passport website said they also needed both the parents’ original passports. Since H was not in India, he needed to send an NOC from the Indian Embassy in Germany duly signed by him and stamped by the embassy. For this, he traveled from Dusseldorf to Frankfurt, got the NOC signed and stamped and sent it to me by normal mail. The form was 25 euros and the post stamp another 8. I received the form in almost 15 days. And can you believe what went wrong here? H, in his excitement of getting things done fast, had filled his dear daughter’s birth date wrong. The horror of horrors. Of course you can imagine the blame game that would have followed. Of course, we could not submit an NOC form and a birth certificate which had different birth dates. So this process had to be done again.

Again, the travel to Frankfurt was made. A new form and sent again. We had already lost so much time due to paper work. We couldn’t wait another 15 days for the form to arrive. This time he sent it by courier. Form – 25 euros, Courier – 70 euros. You do the math. We spent nearly 11K again, for a damn piece of paper 🙂

The little one’s passport was applied for, under Tatkal scheme. The passport reached us within 3 days. Phew! Half a battle won.

Next I had to apply for a tourist visa, for both of us. Now when the husband had left, his visa was valid for 3 months. By the time we got our passports, 2.5 months had already passed. At this point, he got to know that he needed to stay for another 3 months. So this was good news for us. But. For us to apply a tourist visa, I had to show my husband’s visa, which at that point was only applicable for another 15 days. Again, a lot of drama followed. The visa guy suggested that if the company could give it in written that he needed to stay for another 3 months and that his visa interview would be scheduled soon, in that case our visa would be considered too. After much cajoling, his company agreed to issue the letter. Again, the letter needed to be sent to India. The fight was 15 days vs 70 euros. Thankfully, one of his colleagues was travelling to Bangalore at that time. So the letter came from Dusseldorf to Bangalore in a day. And then via courier from Bangalore in another 2 days. In the meantime, I completed the rest of the paper work and as soon as I received this letter, I submitted them with the visa office.

Finally almost after 3 months, I sat  back relaxed thinking nothing could go wrong now, except the fact that the visa officers wouldn’t grant us visa for 3 months. Remember that our passports now had address of my in-laws? And so, the visa office sent our stamped visas to their address. As the bad luck be, only the husband’s grandmother was home that day and the courier guy refused to handover our stamped passports to her. I got a call in the evening saying the passports and visa had come and taken back. You can well imagine my state. All this for nothing?

We had no information of who the courier company was. The courier guy didn’t leave any number. We were in a fix. It was already past 6 on a Friday evening. The Visa helpline number said they would be in office on Monday morning. We decided to check for any details on the consulate website. The latest update said “Your passport(s) have been dispatched” with no tracking number. Great!

That weekend was the longest I have ever spent. Monday morning I immediately called up the consulate to inquire about my passport. The lady at the other end checked passport number and said “Ma’m, your passport has already been delivered”. I almost fainted at this point. I was like, who did you deliver my passport to? But just in time, I got a call from the in-laws that the courier guy had turned up on Monday morning to deliver the Passport.

Finally that evening I reached home to collect my stamped visa. And would you believe it?? Based on the company’s letter, the consulate had actually granted us a 3 months visa.

Fianlly. Finally.
No, the adventure wasn’t over at this point. The Husband asked his office agent to book our tickets to avoid any more adventure. So he sent him a detailed email with our travel dates and the flight schedule and our passport copies to make the booking. Imagine the horror when I received the final e-ticket after booking only to see that the agent had spelled my daughter’s name wrong. That is, after having sent him the scanned passport copy with the correct name. A lot of frantic calls were made to the airline, only to be told that
a) this could not be corrected
b) this was not a major issue. But I was too skeptical by now to take any chances.
c) to cancel this ticket and book another ticket (which meant another 10K loss)

Finally, a truce was reached. I was able to convince the airline customer care guy to put in a comment on the ticket that the correct name as per the passport was so and so…and not the one mentioned on the ticket. Just to be sure that I would not be sent away from the airport this time.

You can well imagine my euphoria when I finally reached Dusseldorf after a pretty non adventurous flight. And thank God for that! This whole sequence of events seems so unbelievable to me at times. Even when it was happening, it made me wonder how could such mistakes happen, one after the other. It was like a Domino effect. One tick and the whole thing comes crumbling down. But now that this ordeal is over, it makes for very interesting memories. Isn’t it? 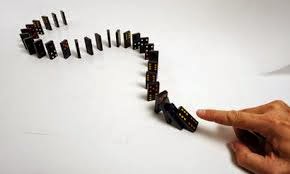