May 13, 2012March 25, 20204 Comments
They were very young then. D and M. They used to play in the evening together, sometimes in their homes, or in the park adjacent to thier house. They had their own world in which only the two of them, their brothers and sisters, their parents and their houses existed. No bad people or any evil that was associated with the outside world ever entered their world. They ran in the park or played on the swings on days when a cool breeze flew, and sat under the shade of a tree on days it was hot and humid or chatted on the terrace. They made fun of each other, discussed their funny/rude/intelligent classmates and shared their growing up stories. They were experiencing the most beautiful years of our life and they didn’t even know it. That was the beauty of it.
But it all changed in a single day. They both were playing in the park one day, and a guy came up to them. He must have been a college goer, was well dressed and came on a bicycle. He loitered around for some time, and then finding the park almost empty, approached them. He wanted to know some address that they didn’t know. They politely declined and started to move. He subtly blocked their ways and started talking about some inconsequential things. In the process, he touched them in all the places he shouldn’t have. They felt uncomfortable, but didn’t raise an alarm. After all, they were too young and ignorant. In their world, everyone was good and gave candies to kids. Not the goose bumps of the wrong kind. This went on for quite some time until one of them began to cry. He got afraid that they might raise an alarm. And somehow, they wriggled out of his grip and ran home. They recounted the entire incident, oblivious of the horrors that could have descended on them that day. The parents said their prayers to God, thankful of His mercy and everybody went back to sleep peacefully. But. Their daily park activity was stopped. They couldn’t go out and play because they were little girls, and apparently a nymphomaniac could be out there on the prowl.
Later, during their teenage years, they had their share of the butt slapping/pinching, molestation and lewd comments passed in buses, trains and market places. They shared these with each other, but what could they do? But there was an incident each in both of their lives that they didn’t share with each other. It had crossed the boundaries of the ‘normal’ indecent behavior meted out to young girls like them. They were so ashamed of themselves that they didn’t even share it with each other, let alone the parents or the siblings. They grew up scathed, scarred and abused for life. They thought that they would be considered ‘bad’ for having this brought upon themselves. 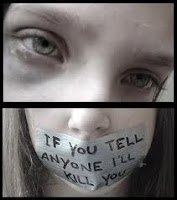 But a few weeks back, all of us were chatting about an incident that had happened with one of our friends and that led them to reveal ‘their incidents’ to each other after almost 12 years. They realized how ill informed they were. They didn’t even realize then that what had happened with them was a grave crime. They knew it was wrong, but didn’t know if everybody else would feel that way too. What if they didn’t believe them? What if, they stopped them from going to school/college/friends’ house just like the park incident? And they hadn’t heard these kinds of stories from anyone else too. That meant it was only them. And so, they buried those incidents deep down in their hearts and tried to believe that they were indeed wrong about it all.
Imagine if two best friends couldn’t reveal to each other a one-off incident like that, what do victims of years of child sexual abuse go through? You and I cannot even imagine it.
The reason for this post is today’s episode of

. First I have to give it to

for taking up this topic that is somehow always brushed under the carpet. People turn cynical. After all who talks to young kids, aged 4-12 years about sex and what touch is a ‘right’ touch? That’s the problem of our society. They want to live in denial. They do not want to accept the fact that someday their kids could be a victim of this horrendous crime too. Because as long as it’s happening to someone else’s kid, they can always be judgmental and say, “Oh! You know it’s his/her mistake. He/She shouldn’t have gone there. It’s no place for kids.” Right! Park is not a place for kids too. The government spends the tax payers’ money on building and maintaining parks for imbecile, nut-head nymphos looking out for their next victim!

In today’s episode, Aamir talked to the

of years of abuse. It was mind numbing and very disturbing. But the best part of the show was where he took a

for kids aged 5-10 years. He informed them about the ‘danger’ parts of one’s body, and that except the parents and a doctor, nobody else had any business touching them. Even a doctor can examine the child in those sensitive areas Only when a parent is around. He explained it all in such a matter-of-fact way, using a chart and diagrams that it almost felt like he was teaching them the A-B-C. There was nothing wrong or disgusting about it. 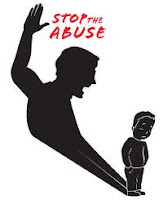 Some parents feel that it is wrong to introduce these concepts to so young a child. But I think in the age and times that we live, it has become imperative that the right kind of information be passed on to young minds to save them a lifetime of nightmares and scars. And let them enjoy the most beautiful years of their life, armed with not only creative stories and dreams, but also the right information. Let them not be wronged at the hands of some frustrated distant relatives or friends. You brought them into this beautiful world and you owe them this – that the beauty of their world remains, until they grow enough to figure it out all themselves.