June 6, 2015March 24, 2020110 Comments
The one reason that I have been away is because the husband is travelling again. And that means that I am just barely making it, day by day. The days are crazy without him. By the time I reach office, I feel I have been through a battle. That’s because right after I wake up, I prepare the little one’s bag for the day care. So clothes, diapers, breakfast, lunch, snacks, fruits and the rest of the universe it is. Take a bath and get ready. Then wake her up and begin the tantrums. Some days she wants to laze around on the bed. I have one eye on the clock and the other on her. Then very tactfully I have to coax her out of her stupor because if you have a toddler, you would know, a meltdown is not what you want at the beginning of your day. Follow it up with milk, brush your teeth, potty, bath and dressing up. Each task is as eventful as she can make it. And then a short car ride to the day care later, off she goes to spend her day playing. And off I go, to scramble and punch in my card and start my day with never ending work and boring meetings. 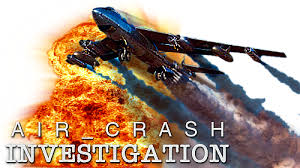