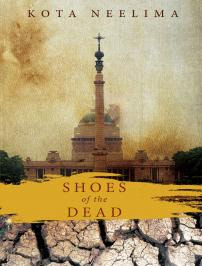 August 15, 2011March 25, 20208,041 Comments
Dear Congress,
I really don’t hope you are doing well. But the bitter truth is that you are doing way better than what we would like to think. What with inflation ripping through the roofs, every minister in your damned cabinet having a scam to his credit, sitting with an odd-lakh crore of OUR tax money, and then the whole Democracy thing. You guys are sure hell bent on beating the poor thing to death. Well, congratulations…!!! You are almost there.
I really wonder how road rage kills so many people in India, esp. Delhi. The reports say the tolerance levels have gone down. I beg to differ. I think we guys have oodles and oodles of   patience, and then some more. The government loots us in the form of taxes, levying taxes on taxes on taxes. We just never come out of the Tax Chakravyuh. They will keep increasing the prices of petrol, milk, fruits, veggies… we will deprive ourselves of nutrition and still keep paying more. Out of this truck load of money, these guys build one flyover, again charge a toll on it and pile up 100 times of the actual investment. Now, these so-called-ministers, most of who boast of a criminal background and others, whose educational profiles hardly go above a 7th or 8th standard, know only one way of utilizing this money – save it in the Swiss banks. But we will still keep quiet. At the max, an FB update or “like” the “Get the Swiss money Home’ FB page.
Then, decades later, a gutsy Indian, Anna Hazare decides that enough is enough. He imitates Bapu’s ideologies. Our govt. which has photos of Bapu in every Govt. office and on every damned currency note in the country, says fast-unto-death will not be tolerated. And did our honorable PM just say yesterday that we live in a D-E-M-O-C-R-A-T-I-C country? Sir, would you please like to spell that out for us?
@The PM: Your impressive resume and balanced approach had instilled in us, a hope that finally, the reins of this country were in good and able hands. But you proved to be a mere puppet in foreign hands. You have let us down and left the country’s future in lurch. It’s going to the dogs. You make us believe that education really has no meaning in our Parliament. It is, and will remain in the hands of power hungry and illiterate ministers. Your only mantra seems to be “Silence is Golden”. But when it comes to the future of this country, the Golden is only Poison, which is eating away the country at its very roots. Thanks for preparing us that we will always be a third-world country because of you and your third-grade cabinet of fools.
From,
Enraged, Frustrated and Disgusted citizens of the country