Since my stay had been extended, I just relaxed for the first weeks. Also since the family was expected to visit me in a few months, I decided to save some money 😛 But! I didn’t save all of it. I did visit a few places before the Ms. and Mrs. arrived. Talk about the wanderlust bug!

Duisberg,Wuppertal – hanging train ride in schwebebahn.  It is a beautiful ride over the river. Apart from the train ride, there is nothing much to see here. It is majorly a time kill. 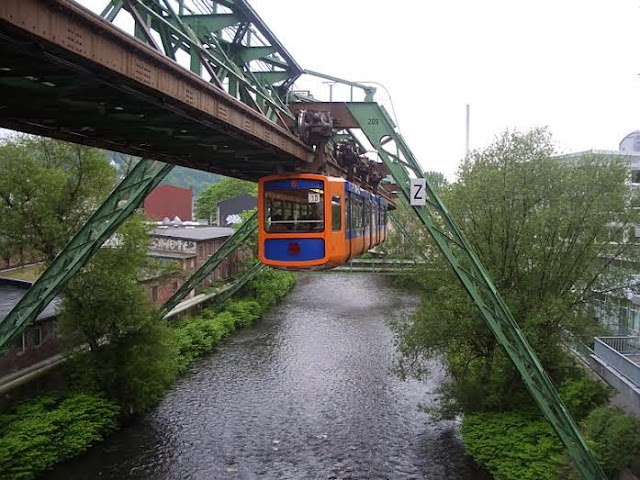 Nuremberg-is mainly about forts. It has a central square and all international brands store that one can only window shop from. But I liked the forts as they made up a major chunk of the to-visit-places and was good with guided tour. 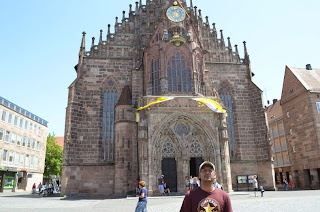 Erlangen – It is a small town near Nuremberg mainly famous for hosting mini Oktober fest in month of July. I  had to get acquainted before the real deal , so here I tried the famous 10% vol BEER 😛 Mettman – It is small town an hour away from Dusseldorf .It is built on a
mountain and forest. Neanderthal museum was the highlight of this trip. Walk to the museum from metro station is WILD and unforgettable. It is almost 1 ½ KM among dense forest and directly opens to the entrance of the museum. Museum itself is a walk down the science class and shows history of man . 2 hours inside and I had existential crisis.The Neanderthals also had their own beer. But bad taste, don’t buy it 😉 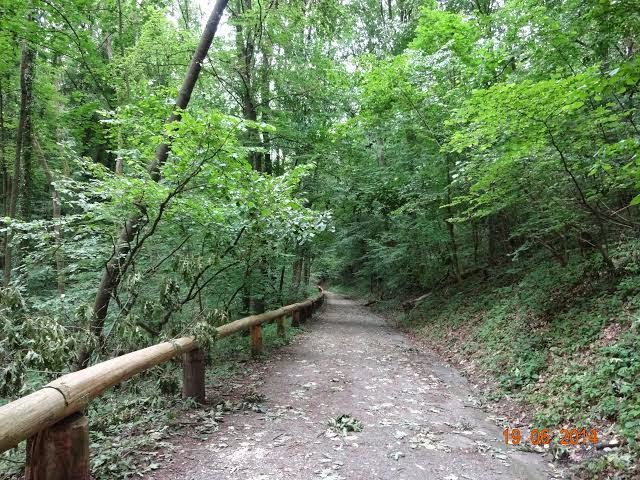 Frankfurt – Senckenberg Museum – I am big fan of Jurassic park and this museum has a lot of prehistoric
era fossils of dinosaurs shown in the movie plus pretty bad ass stuff like fossils of fishes, reptiles,
animals and men. Big fan, bought a t-shirt as souvenir. And Frankfurt is famous for Applewine .A must try though I wouldn’t recommend it much. 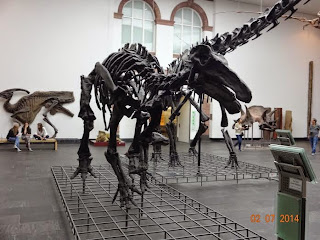 Rudeshiem/Geisenhiem – Vineyards. This region is famous for its wines. Since my client owns a wine
making machine, I got complete knowledge of wine making process ,different types of wine and also went to a local wine and cheese tasting festival. It also has round trip with walk into the forest mountain , coming down on on open chair lift and back to starting point from a cruise. The food was good and wine delicious on Drosselgasse lane. One of the less discovered places in Germany. Highly recommended. 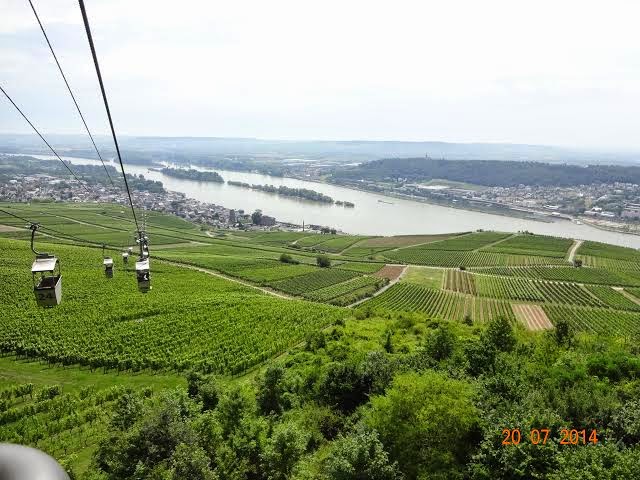 And then my lovelies arrived and we planned our expeditions to rest of the Europe starting with Swisss.

Zurich – It definitely has to be Mt Titlis .With the little one tightly cupped in arms I climbed about 20
meters up and down in 2 feet deep snow. It was dangerous and daring – I was like SnowCrusher! But
when everybody else was trying to walk straight in the snow I did the complete round with my arms
full. I might sound arrogant but it is the craziest thing and I am proud of it. Coming to food, Swiss chocolates were to be found everywhere (no points for guessing that). I gorged on a full box of Macaroons from Luxemburgerli, one of their oldest confectioneries. And their local wine – Appenzeller is a delicacy worth tasting! Paris – Louvre ! Louvre ! Louvre . I would like to spend a week looking at each and every painting, art, carved rocks , listening to a guide and gorging on the croissants and coffee. I spent only half a day but it
was mesmerizing . 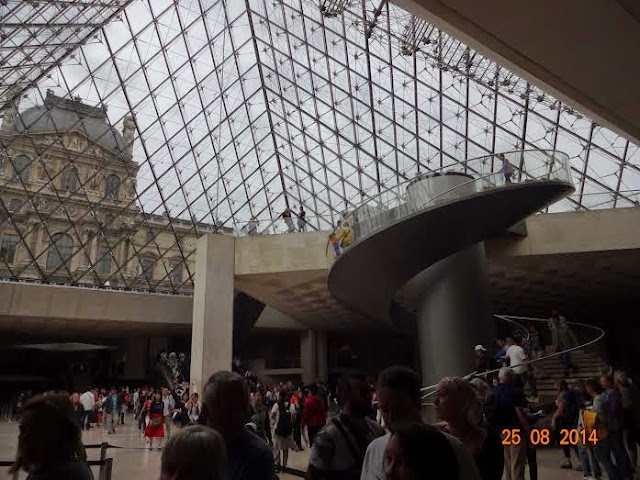 Amsterdam (with family) – This was second visit to Amsterdam, the one with the family. Of it, I have everlasting memories of the Anne Frank house and Nemo science center. My daughter fell asleep while entering Anne Frank house and I covered the whole trip in about 2 hours carrying her in my arms. It was both emotionally and physically tiring. Nemo science center is so advanced that I felt like raising my child in that country which gives such good exposure and learning. 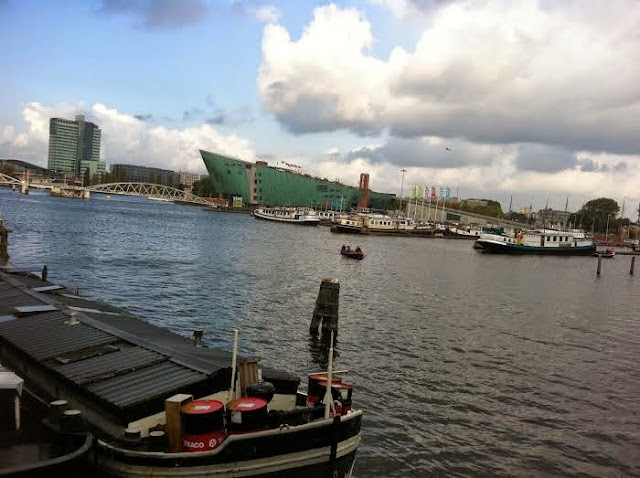 Berlin – Berlin has history unfolding in every corner of the city. You have to be with a guide to know and
appreciate it. It is for culture vultures. I liked The Berlin Zoo and specially feeding time for lions. We were
there at the perfect moment when a pair was fed with meat and they growled and scratched at it. They were just being defensive but we got our doubts cleared – Why they are called king of jungle. 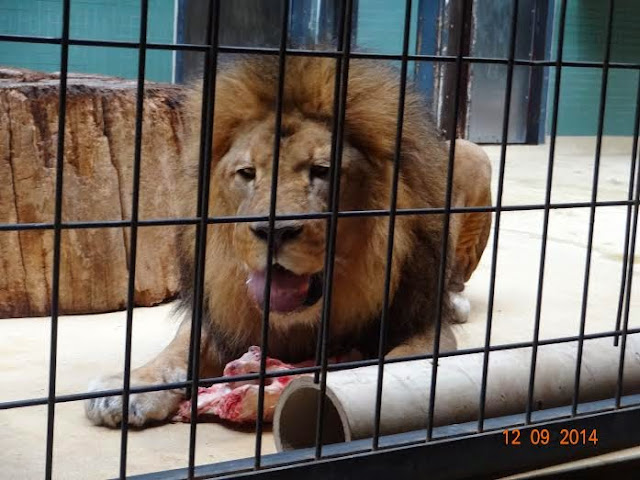 And that’s how 45 days ended and 2 ½ travelers got richer or poorer however you want to take it.The week when my family was leaving was definitely making me home sick. And so I booked a trip which
would make me feel at home 😛

6 thoughts on “Guest Post : The Two and a Half Travellers!”