The other day H and I were discussing about how a man woman relationship evolves from lovers to spouses to parents. Now this kind of conversation is often triggered whenever we visit my home or his. You know, seeing our respective set of parents married for over 30 years now, and still bickering over the same issues as 30 years ago makes me see red. The last thing I have on my mind is to spend the next 25 years of my life bickering and fighting and tearing my/his hair out for stupid things. 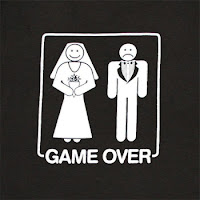 A few days back we had a small fight about something inconsequential and I jokingly remarked that if we were to ever have a son, I would scold and even beat him (if required) so that he should never turn out to be like  H  (the wicked wife that I am!). So H got all worked up about this and said that whatever fights/issues we have each other should always remain between the both of us and that we should never involve the kids. Talk about future planning! :-D:-D

And so that got me thinking about how men are such a strange species and that it is nearly impossible for women to live with them peacefully (If any of the men reading this feel the same way about women, I agree with you completely :-P). Men like their wives to NEVER behave like their mothers. Even though they want us to be fussy about them and pay attention to them and massage the Man ego every now and then, they really hate it when we say something like, “Don’t do this. It’s bad for your health!” Because while you are expecting your lover’s eyes looking at you in an appeasing way for being so thoughtful about your health and all that, all you get is a set of rolling eyes. And if this were to repeat a couple of times in a week, you are sure to hear the quintessential words from the “horse’s mouth” (pun intended!) “Stop acting like my mom!” 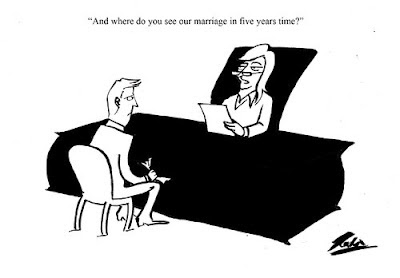 Now when did the tables turn, you would never know? The last time you remember you did this, he was sufficiently happy and even told you that you reminded him of his mom. Maybe you should go see a doctor for a suspected case of STML (Short Term Memory Loss). And so, I did the same and went about happily following the doctor’s advice – shout at him like a wife, but don’t (read NEVER) care like his mother. No more picking on him, after all he is a grown up man and can take care of himself. That is, until  H  happened to fall ill. I took care of him and cooked for him, gave his meds on time and blah blah. But he was acting cranky and impatient, to the extent of being PMS-ey. Now this was more than I could take. After all, I had married a man capable of living on his own and having his own family and so on and so forth and I didn’t really expect him to throw tantrums like a 5 year old. The wife in me was irritated. But the mother in me saw through his actions. His actions were not really to harass me or irk me, but he was really having a bad time coping up with the illness.

I was in a dilemma. Should I switch roles? I couldn’t be sure if the tables would turn yet again. So I decided to talk to H about it. I told him that I couldn’t take his nagging another minute and that he should behave like a grown up man. Which 27 year old have you heard of, who lies on the bed and stomps his foot because he was denied a chocolate after the medicine? He said what I had guessed, that he was cranky because of the meds and that he really hated the house-arrest part, the restless kid that he is. But then, I told him that he shouldn ’t expect me to have any sympathy, or that if he did, he shouldn’t crib about it later. He laughed his guts out. Did it sound funny to you? Atleast I had berated myself in my mind a thousand times for acting so cold. After all we girls have always been raised with notions of pati parmeshwar and other shit!:-

And with that laugh, I realized that we too had evolved and transitioned from lovers to spouses. Here I was wondering what role to take up, but we both think I am best when I am the wife because I can make him laugh. Or more importantly, I can still make him laugh AND I get to be myself (Read: can shout at him at my discretion). So ladies, while you make a note of the doctor’s advice above, the men can enjoy this quote by George Burns that I have so thoroughly begun to understand now:

“Do you know what it means to come home at night to a woman who gives you a little love, a little affection, a little tenderness? It means you are in the wrong house, that what it means.” 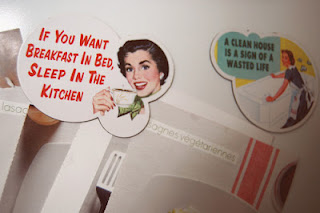